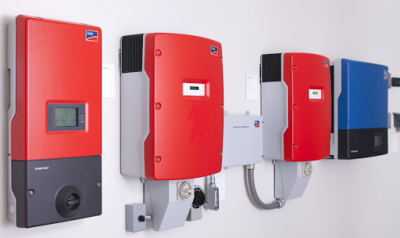 Solar energy is becoming increasingly popular due to the demand for a clean and renewable electricity source. It offers many benefits for homeowners and the environment, so the government encourages its use. Meanwhile, there are still questions regarding this power provided by the sun. Here are the answers to some of them.

How Does It Work?

The sun’s power is transformed into electrical energy through a photovoltaic (PV) panel. It’s composed of silicon cells acting like semiconductors. When the rays hit them, they absorb the radiation and convert it into direct current (DC).

Since the United States electrical grid uses alternating current (AC), DC should be converted with the aid of advanced equipment like an SMA hybrid solar inverter. It transforms the direct flow into generated charge that can power homes. Plus, it provides ground fault protection and system stats.

A PV system typically generates more energy than homeowners need, so this excess current will be fed back to the grid. It’ll be convenient during cloudy days when it’s difficult to draw radiation from the sun. Some individuals also opt to sell it.

How Does It Help Reduce Utility Costs?

Solar technologies, especially panels, have high upfront fees, but they’re long-term investments. The average American household spends over $1,408 on electricity bills, but they’ll save on money when they generate their power supply. Throughout the lifetime of their PV system, their costs will be reduced by $10,000 to $30,000.

How Does It Impact Real Estate Value?

Studies have shown that installing a solar panel system increases home value by 3% to 4%. Since there are government incentive programs for property owners who produce their power supply, many buyers are willing to pay more for residences with PV technologies. When they decide to resell their real estate, they can add up to $24,000 because it has its own electricity source.

How Does It Affect the Environment?

Solar energy is a sustainable source since it’s renewable. As opposed to oil and fossil fuels, it won’t run out for the next 5 billion years. It also doesn’t produce greenhouse gasses, and it only requires little water maintenance, unlike nuclear technologies that need 20 times more H2O to operate.

Advanced systems consisting of solar panels and SMA hybrid inverters allow individuals to harness the sun’s energy. Using this clean electricity source is a good way to minimize carbon footprints, save on utility fees, and increase property value. With this renewable power supply, homeowners are assured that they’re investing in their real estate and the environment.